The number of professionals working outside of the traditional office environment has increased. Working from home is the most prevalent option. While there are numerous advantages to working from home, some people find it to be an isolating and ineffective way of working. As a result, a growing number of freelancers are turning to serviced office spaces, which are described as membership-based workspaces where people from various businesses and industries collaborate in a shared, communal setting.

In 2019, each coworking space in the world had an average of 185 members. This continually increasing statistic indicates that serviced office spaces are expanding in both number and size. With a roughly 500 percent increase in size from 2012 to 2019, we can only expect serviced office spaces to continue to expand and attract more workers in the future.

Shared Office Industry in the US

Co-working spaces were the fastest-growing type of office space in commercial real estate prior to the pandemic, according to CNBC. While they presently account for less than 5% of the market, they are predicted to grow by 30% in 2030.

The United States boasts about 80 million square feet of flexible workspace, making it the world leader in serviced office space. According to coworking space statistics, the US leads the world in this area, ahead of the United Kingdom’s 60 million square feet. New York, notably Manhattan, is home to a significant portion of the country’s industrial serviced office space. (Find coworking spaces throughout the US here.)

According to studies, by 2022, 6% of all American businesses would be conducted in shared areas. While 6% may not seem like much, considering that serviced office spaces didn’t exist in the United States until 15 years ago, it’s astonishing how much of the market they’ve taken out. It’s even more significant outside of the United States, where 13% of non-American businesses are predicted to be conducted in shared areas by 2022.

This goal is mainly driven by the rapidly changing work culture in the US and around the world. According to a Prudential survey, almost 70% of American workers now prefer a hybrid workplace model that allows them to work outside of the office from time to time.

Also, one-third of employees said they would not want to work for a company that requires them to go back to the physical office full-time.

Who Uses Serviced Office Spaces in the US?

There are a variety of folks who would benefit from serviced office spaces instead of working from home. These groups include:

Remote workers are one category of people who can benefit from using a serviced office space. Many remote employees prefer to work from home or from a nearby coffee shop since it gives them more flexibility and saves them money. Businesses hire remote workers because they believe that giving employees more freedom will boost production. Many remote professionals can function effectively from the comfort of their home office, but others suffer from a loss of productivity due to a lack of distractions or a sense of isolation.

2. People Who Are Traveling

Freelancers continue to be the world’s largest serviced office demographic.

According to Deskmag’s analysis, freelancers still make up roughly 41% of the workforce at the average coworking hub. serviced office space occupancy statistics, on the other hand, suggest that corporate workers are just behind them, at 36%. This shows that larger businesses are taking advantage of shared workspaces as well.

Freelancers typically lack structure because they work for a variety of companies or clients, sometimes even at the same time. Freelancers benefit from serviced office spaces because they have access to meeting rooms, technology, a professional address, and a social environment conducive to networking. Serviced office spaces are one of the finest methods for freelancers to deal with the lack of consistency that comes with the kind of independence they are used to.

Another group that can profit from the use of serviced office spaces is students. The collaborative, social environment benefits students almost more than any other group. These places also give students a wonderful opportunity to network with experts from a variety of fields. They will not only benefit from the mentorship of other professionals, but they will also build connections that will help them begin their careers after graduation.

Outside of freelancers and entrepreneurs, coworking is becoming more popular. According to WeWork statistics, the number of enterprise organizations using WeWork’s services increased by 90% in 2017, while the number of members from enterprise companies increased by 360%. Microsoft, Spotify, Pinterest, and HSBC were among the companies represented. An increasing number of corporate employees are choosing to share an office with a coworker at one of the many serviced office hubs springing up across the world. 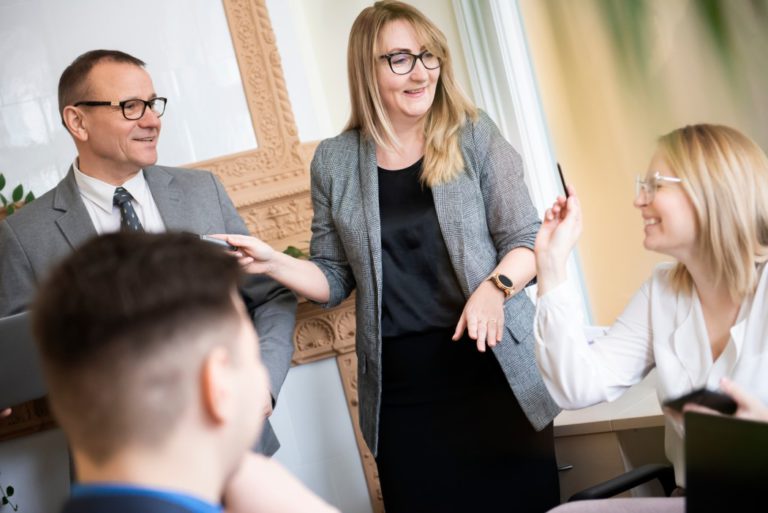 The Future of Coworking Spaces in Denver

15 Serviced Offices in Brisbane to Check Out This 2022